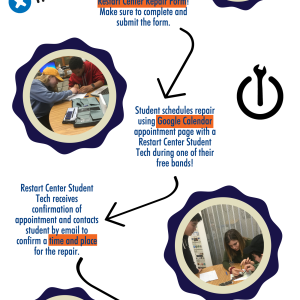 by Jeannie Crowley on March 8, 2016 in Restart Center

After a few months of working with the Restart Center, we’ve really streamlined our workflow to minimize confusion, missed appointments, and manual work. The poster below helps inform students how to navigate the process. Notes about our workflow are included below so your Restart Center team can learn from our mistakes and successes. If you’d like copies of any of the forms… 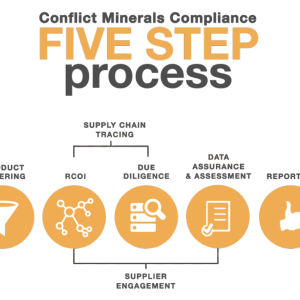 by Jeannie Crowley on March 1, 2016 in Product Reviews, Research & Data

With contributions from Jay McKay We’ve been looking at the supply chain information of various Solid State Drive manufacturers and have found at least two, Seagate and Micron/Crucial, who have actual data about their suppliers of conflict minerals. Samsung and SanDisk are also members of the Electronic Industry Citizenship Coalition, which commits to fair trade practices, but their content was mostly aspirational.  We’ve…

A student journalist captures the student perspective of the Restart Center. (via Fieldston News)

by Jeannie Crowley on February 8, 2016 in Restart Center

The recent iOS 9 security update has caused some scrambling for our Restart Center volunteers and students. We are still determining the scope of the issue, but we’ve  sent the note below to students to proactively prevent students from experiencing Error 53. Even if the security update is primarily tied to the TouchID feature, there have been reports of other repairs,… 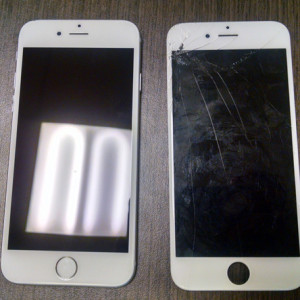 And the winner is: iPhone!

by Jeannie Crowley on January 5, 2016 in Restart Center

…for the contest of  “highest total repairs by students” in the Restart Center. In our first month of launch, we’ve repaired 15 iPhones with students. We’ve run into bumps and lumps, and a lot of unwieldy cables, but the Restart Center is picking up steam. Check out our latest progress over at iFixit.  A few things we’ve learned through the flood…

The folks over at iFixit have written a post about our work with students and the connection between design and repairability. (via iFixit) 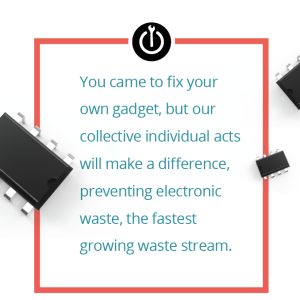 by Jeannie Crowley on November 23, 2015 in Restart Center

On April 16, 2015 we ran our first Restart Party. Working with students, we were able to salvage 34 of 36 damaged Chromebooks slated for disposal during a one hour Earth Day event. To build upon the success of the Restart Party, we started to brainstorm the possibility of long-term repair learning opportunities in the high school. We specifically stayed away from…

Turn your waste stream into a source stream with Neverware (updated)

by Jeannie Crowley on November 17, 2015 in Sustainable Tech

I recently posted about the possibility of making use of old PCs by installing Chromium OS. After a few hours of tinkering, a few downsides became apparent:

I came across Neverware, a NYC company that has been around for a few years helping schools find a way around these issues. They offer a version of Chromium OS that works on 200 different devices, updates automatically, and can be managed by the Google Admin Console. You can get a free trial for 5 devices here.  If successful, we’ll be able to use old PC laptops to backfill class sets of Chromebooks. Our current options are to replace the Chromebook ($250+) or repair it (pricey due to the cost of replacement parts). If a single license is $25, that is less than the cost of a typical repair for our existing Chromebooks. Ideally, retired laptops of all builds will be put into rotation in our 1:1 Chromebook program, enabling the waste of one device program to become the feeder source for another.

It was very easy, using the CloudReady instructions, to install ChromiumOS on a Dell Latitude e6420. After a few BIOS tweaks, I was able to boot the laptop to the log in screen in 40 seconds. CloudReady also worked well with an HP dc7900 and 2009 iMac. 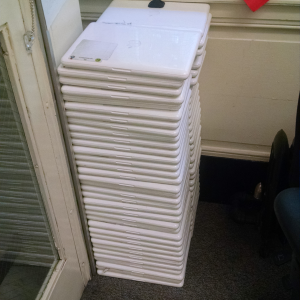 by Jeannie Crowley on October 8, 2015 in Sustainable Tech

Updated post with easier process here. ******* We recently donated nearly 70 fully functional 2009 MacBooks to local community based organizations. There was nothing wrong with the devices, other than their inability to quickly run the latest Mac OS (which we needed to run several products at the school). Although each machine went to an organization who will use them, and…